Malai Malai is a 2009 Tamil action comedy film written and directed by A. Venkatesh starring Arun Vijay, Prabhu and Vedhicka in the lead roles. The film released on 31 July 2009 and turned out to be a surprise hit at the box office. The film was also dubbed into Hindi as Champion: The Winner in 2012. This film ran for 100 days in theaters 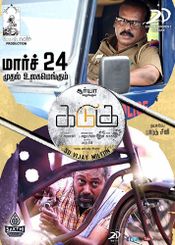