Theal is an action film, an adaptation of the 2012 South Korean film Pietà, written and directed by Harikumar in his directorial debut and produced by K. E. Gnanavel Raja.

The film stars Prabhu Deva and Samyuktha Hegde, with Easwari Rao, Yogi Babu, Shatru, and Arjai in supporting roles. The film's music and the score are composed by C. Sathya, with cinematography handled by Vignesh Vasu and editing done by Praveen K. L. The film was released in theatres on 14 January 2022. 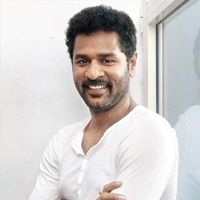