Vallamai Tharayo is a 2008 Tamil romantic drama film written and directed by Madhumitha. The film stars Parthiban and Chaya Singh in the lead roles, Karunas and Anand Raj in supporting roles, and Srikanth in a guest appearance. The music was composed by Bharathwaj, and the film released on 28 June 2008. The story explores the situation of a girl who is forced into a marriage with a man whom she barely knows and has no intention of getting to know. 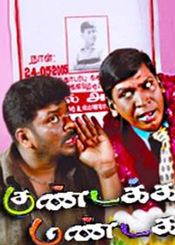