Sathurangam is a 2011 Tamil political drama film directed by Karu Pazhaniappan, starring Srikanth and Sonia Agarwal. The film's background score was composed by Vidyasagar, and his soundtrack was released in 2010 The project was revived in September 2011, and released on 7 October 2011. Srikanth's character in the film is named after Thirupathisamy, the late director of the films Azad and Narasimha, who was Karu Pazhaniappan's close friend 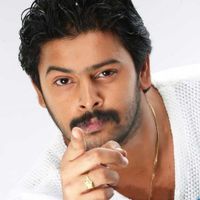