Jai Bhim is a legal drama film directed by T. J. Gnanavel and produced by 2D Entertainment. The film stars Suriya, with Prakash Raj, Rajisha Vijayan, Lijomol Jose, Rao Ramesh and K. Manikandan in supporting roles. Based on a real-life incident held in 1993, it follows Senggeni and Rajakannu, a couple from the Irular tribe. The latter was convicted by the police due and was later missing from the police station.

Senggeni seeks the help of an advocate Chandru to seek justice for her husband. Following an official announcement in April 2021, the film began principal photography on that month, with many sequences being shot in Chennai and Kodaikanal. Despite production being halted due to the COVID-19 pandemic, filming resumed in July 2021 and ended by that September.

The film features cinematography handled by S. R. Kathir and edited by Philomin Raj. The music and film score is composed by Sean Roldan. Jai Bhim is scheduled to release on Amazon Prime Video, prior to the Diwali festival, on 2 November 2021, as a part of a multi-film deal signed by the production house, resulting in their subsequent projects to have a streaming release. 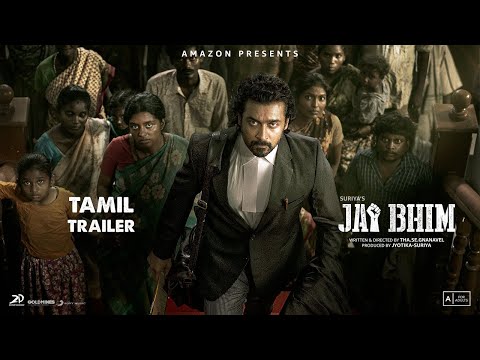