Unnale Unnale is a 2007 Indian Tamil romantic musical film. It was later dubbed into the Telugu language as Neevalle Neevalle. Directed and co-written by Jeeva and produced by Oscar Ravichandran, it stars Vinay Rai, Sadha and Tanisha Mukherjee in lead roles; Srinath, Raju Sundaram and Sathish Krishnan in supporting roles; and Lekha Washington, Aravind Akash, Uma Padmanabhan, and Vasundhara Kashyap in cameo roles. Raju Sundaram also worked as a choreographer in the film.

The film revolves around the aftermath of a relationship between a careless man and a serious woman. Despite being in a relationship, the latter walks out on the former due to his antics with other women. However, the man changes his ways and on a business trip to Melbourne, he encounters another woman. This other woman's boss turns out to be the man's former lover. The events that follow and who the man eventually gets together with form the crux of the story.

The film opened to Indian audiences after several delays, on 14 April 2007, coinciding with the Tamil New Year. The film received positive reviews and became a hit at box office 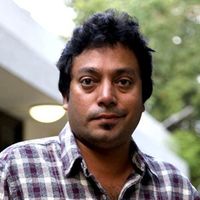