Ennamo Nadakkudhu is a 2014 Indian Tamil film written and directed by P Rajapandi. It stars Vijay Vasanth, Mahima Nambiar, Prabhu, Rahman, Saranya Ponvannan, and Sukanya. Produced by Vijay Vasanth's brother, V Vinoth Kumar for Triple V Records, it has music composed by Premgi Amaren and cinematography by A. Venkatesh, while the editing is taken care of by Praveen K. L. and N. B. Srikanth. The story revolves around a young man in love, who gets caught between two influential people in the society. 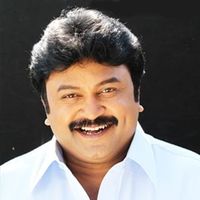