Visaranai is a crime thriller film written and directed by Vetrimaaran. It is based on the novel Lock Up by M. Chandrakumar. The film features Dinesh, Anandhi, Samuthirakani, Aadukalam Murugadoss, Kishore, Pradheesh Raj, and Silambarasan Rathnasamy in the lead roles.

The film deals with the lives of two men before and after being thrown into a Kafkaesque scenario in which they get tortured for confession. The film premiered in the Orrizonti (Horizons) section of the 72nd Venice Film Festival, where it won the Amnesty International Italia Award.

The film was released in India on 5 February 2016 and received highly positive reviews from both critics and audiences alike. Many issues arose regarding the film in Tamil Nadu among the police force. At the 63rd National Film Awards, the film won three honors: Best Feature Film in Tamil, Best Supporting Actor for Samuthirakani, and Best Editing for Kishore Te. It was selected as India's official entry for the Best Foreign Language Film at the 89th Academy Awards but it was not nominated. At the 64th Filmfare Awards South, the film was nominated for Best Film, Best Director for Vetrimaaran, and won the award for the Best Supporting Actor for Samuthirakani. 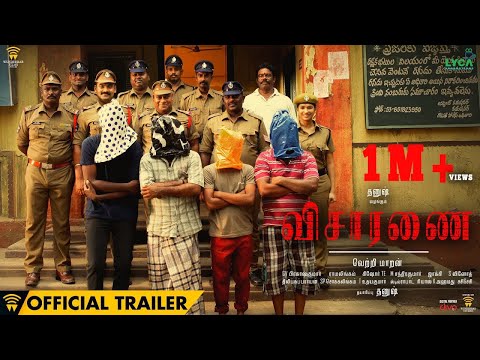