Thalaivaa is a 2013 Indian Tamil action thriller film written and directed by A. L. Vijay. It stars Vijay in the title role, Amala Paul, Ragini Nandwani, Abhimanyu Singh, with Sathyaraj and Santhanam in supporting roles. The film, produced by Chandraprakash Jain, features background score and soundtrack composed by G. V. Prakash Kumar with cinematography and editing handled by Nirav Shah and Anthony respectively. The story revolves around a dancer who takes over his father's duty as a crime boss after his death. 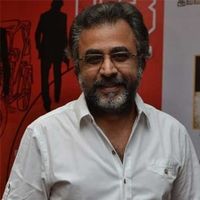 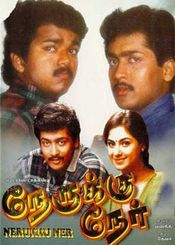