Jannal Oram is a 2013 Tamil road comedy thriller film directed by Karu Pazhaniappan A remake of the 2012 Malayalam film, Ordinary, it stars Parthiban, Vimal, Vidharth, Poorna and Manisha Yadav of Vazhakku Enn 18/9 fame. The story is set in Pannaikadu, a hillside village, with only one bus service to and from a nearby town. The film released on 29 November 2013 to mixed reviews. 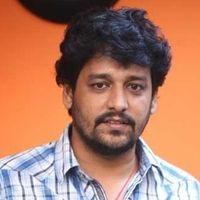