O Kadhal Kanmani, also known as OK Kanmani, is a 2015 Indian Tamil romance film written, directed, and produced by Mani Ratnam. The film stars Dulquer Salmaan and Nithya Menen in the lead roles, portraying a young couple in a live-in relationship in Mumbai. Prakash Raj and Leela Samson play supporting roles as an older couple in the film, portraying the younger couple's landlords. The film was said to be a "reflection of the modern mindset of urban India", dealing with issues such as marriage and traditional values.

The film featured music composed by A. R. Rahman, cinematography by P. C. Sreeram, and editing by Sreekar Prasad. Prior to the film's release, the soundtrack was well received and the promotional activity of the film on social media also garnered praise. O Kadhal Kanmani was released on 17 April 2015

The film went on to become a financial success at the box office, performing extremely well in multiplexes in India and overseas. The film was later remade into Hindi as OK Jaanu in 2017. 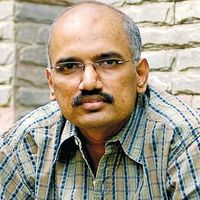