Anbanavan Asaradhavan Adangadhavan also known as AAA or Triple A, is a 2017 Indian Tamil action comedy film written and directed by Adhik Ravichandran and produced by S. Michael Rayappan. The film features Silambarasan in a triple role along with Shriya Saran and Tamannaah in the lead roles, this film marks Silambarasan’s first triple role film. The film has music composed by Yuvan Shankar Raja, cinematography handled by Krishnan Vasant and editing done by Ruben.

The film released worldwide on 23 June 2017. Initially supposed to be released as a two-part film, the second part has been cancelled despite being 85% complete. 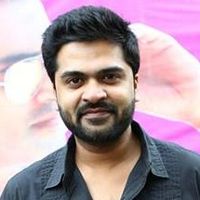