Sketch is a 2018 Indian Tamil action film written and directed by Vijay Chandar and produced by Moving Frame. The film features Vikram and Tamannaah in the leading roles, with Soori, Baburaj and R. K. Suresh among others portraying supporting roles. The film was released on 12 January 2018. It was dubbed into Hindi and Telugu with the same title. The movie also marks Tamannah and Vijay Chandar's first collaboration with Vikram. 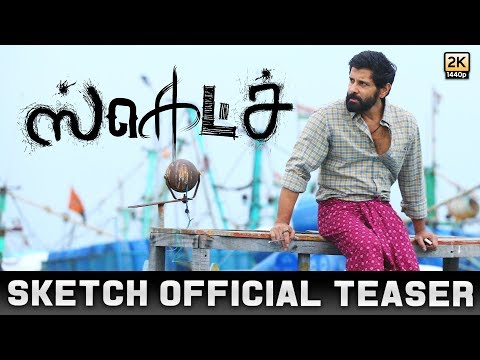