Bigil is a 2019 Indian Tamil sports action film written and directed by Atlee and produced by Kalpathi S. Aghoram under the banner AGS Entertainment. The film stars Vijay and Nayanthara in leading roles. The film has music composed by A. R. Rahman. The film's title, Bigil was announced on 22 June 2019. The film released theatrically on 25 October 2019, and is also the first Tamil film to be screened in limited IMAX screens. 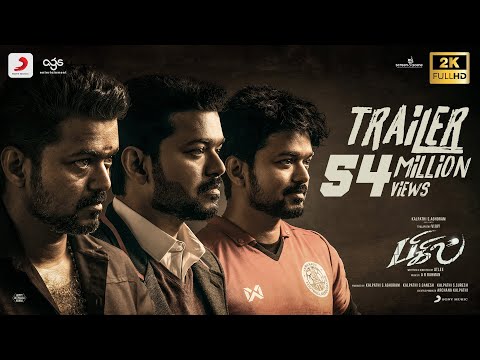